During our annual Heroes Breakfast, we honor people who have demonstrated the American Red Cross mission to alleviate human suffering. This year we recognize six individuals, from across our region, who have performed acts of courage and kindness to help others. Below, we share their remarkable stories with you.

The Community Award is sponsored by the Carlson Rezidor Hotel Group and presented to an individual who displayed leadership and commitment to his or her community by making a positive and significant impact.

In 2004, Pat Harris and friends sat around a table at Mancini’s in Saint Paul to enjoy steaks and cold beverages when inspiration struck the former St. Paul City Council Member. He would find a way to bring deployed Minnesota troops and their loved ones at home the same simple pleasure of sharing a meal with friends and family.

Soon after, Pat and his fellow community and business leaders founded Serving Our Troops, an organization whose goals are to provide a delicious meal to soldiers and families, to send a message of support from communities, and to promote awareness of Minnesota’s unprecedented military service.

The idea is simple: Pat and team bring delicious steaks around the world to the Minnesota National Guard. Simultaneously the troops’ families enjoy the same meal right here in Minnesota. Smiles and tears are shared at the two feasts, which are connected via live video feed.

Ten years later, Pat and the team continue to orchestrate Serving Our Troops events. To date, over 75,000 steaks have been served around the world, including in Kosovo, Kuwait and Iraq. Pat’s work has gained the attention of First Lady Michelle Obama, who publicly thanked Serving Our Troops in 2012. Pat insists that the true heroes are not himself and his dedicated volunteers, but rather the men and women who serve our country and their families back home in Minnesota.

The Youth Good Samaritan Award is sponsored by the Medica Foundation and presented to a young person who displayed courage and caring upon encountering an unusual, significant, or unexpected incident. 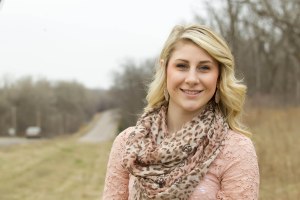 Driving home with her mother from a volleyball game, 15-year-old Red Wing star-athlete Sydney Book was focused on reviewing her athletic performance. When they saw a motorcyclist collide with a vehicle, Sydney’s mother instructed the sophomore to call 911 and to stay in the car.

Though typically obedient, Sydney considered the situation, putting herself in the shoes of the victim’s family. She knew she would want bystanders to help her family as much as possible. Sydney previously trained in emergency care at the Red Cross, so she knew time was of the essence. She jumped out of the car and immediately began helping her mother address the injured motorcyclist’s severed leg, keeping him calm until first responders arrived.

Sydney is proud that she contributed to saving someone. The experience has given her a perspective on the fragility of life and inspired her to study to be a paramedic in college.

The Military Award is sponsored by UnitedHealthcare Military & Veterans and presented to an active, reserve or retired member of the Armed Forces or ROTC who acted above and beyond the call of duty. 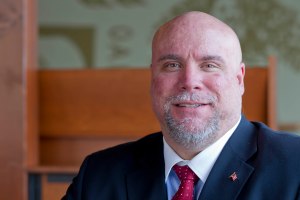 Sympathizing with the challenges of veterans transitioning to a civilian world, Air Force Reserve Captain Dennis Davis is dedicated to improving the lives and careers of those who serve our country.

A survivor of PTSD (post-traumatic stress disorder) from his service at the military’s only mortuary facility, the still active captain was faced with unfair stereotypes that affect many of our service members as they transition to life beyond the military. Determined to eliminate negative associations of veterans in the work place, Dennis began consulting with veterans and employers. He helps connect veterans to jobs by translating the values they bring to prospective employers- integrity, honor, excellence, adaptability, and team orientation.

Dennis has written two books about employment matters and PTSD, Not Your Average Joe: Profiles of Military Core Values and Why They Matter in the Private Sector, and An Epidemic of Distortions- Veteran PTSD (forthcoming fall 2014). He has proposed legislation to improve hiring practices for veterans, and worked tirelessly to make certain military members are adequately represented in the construction of the new Vikings stadium. This small-business owner and father of three is a great example of using negative experiences to improve the lives of many in a positive way.

The Good Samaritan Award is sponsored by CenterPoint Energy and presented to an individual who displayed courage and caring upon encountering an unusual, significant, or unexpected incident. 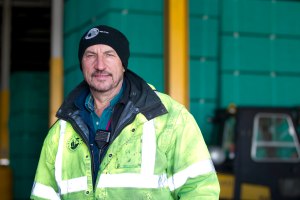 On November 1, 2013, Lake Superior Warehousing Foreman Zoran Pedisic noticed an elderly man approaching a nearby pier. Zoran was unsure why the man was at the site, until he saw him staring down at the 45 degree water. More than an arm’s length away when 90-year-old Bill Schowalter jumped, Zoran yelled for his co-workers to call 911.

Originally from an island in Croatia, Zoran, a seasoned swimmer, knew the muscle-freezing dangers of the frigid water. Still, without hesitation or concern for his own safety, Zoran leapt into the lake and grabbed hold of Schowalter, keeping him afloat until other members of the workforce pulled them both to safety.

Lake Superior Warehousing President, Jonathan Lamb, was not surprised that Zoran, who he describes as a natural leader of incredible character, was the staff member who saved the day. Although Zoran was given the day off to recover from his heroic actions, he did not want to let down his teammates. He returned to work after taking a hot shower at home.

The First Responder Award is sponsored by St. Jude Medical Foundation and presented to an individual or group of the public service community who went above and beyond the call of duty.

While skiing with his family at Afton Alps, Shane Linehan saw a young snowboarder fall to the ground after completing a run. Because of his emergency training, this former Washington County Sheriff’s Deputy was aware of the signs of cardiac arrest and acted quickly. After administrating CPR, Shane used an AED device provided by Afton Alps and was able to resuscitate the 17-year-old pastor’s son from Wilson, Wisconsin.

In February, Shane assisted the young victim’s family further, by helping them move after a house fire took their home. The family is grateful for their son’s extra lease on life and is thankful to have a friend in Shane.

After the incident, Shane admitted that he recently retired from his position as a deputy sheriff due to issues associated with post-traumatic stress disorder. Conquering his fears in a crisis situation has helped Shane to work towards self-healing.

The Give Life Award is sponsored by the American Red Cross North Central Blood Services Region and presented to an individual whose commitment to blood and platelet donation plays a significant role in ensuring the health of patients in our local communities and throughout the country.

Exhausted from being a full-time student and working full-time, Kate Ross fell asleep at the wheel going 60 mph in December of 2009. A guardrail severed her leg, and she was trapped in her car for an hour waiting for someone to discover her. Despite the trauma of the accident and the loss of her leg on Christmas Day, Kate is a positive, energetic young woman who is determined to give back the resource that helped her through 19 surgeries — life-saving blood.

When lifelong friend and co-worker asked Kate if she wanted to give blood, she was at first hesitant because of a fear of needles. After some gentle coaxing, Kate decided that she had to become a blood donor.

“I’m so grateful for the people who donated blood. If they hadn’t, I might not be alive today,” says Ross. “Four years after my accident, I am very excited to say that I have become a blood donor myself because I know how important it is to give something that means something – the gift of life.”

Join us June 5 at 7:30 a.m. at the Hilton in downtown Minneapolis for our 2014 Heroes Breakfast and help us honor our incredible heroes. To purchase tickets click here. For sponsorship details or for more information, please send an email to EventsNorthernMN@redcross.org or call 612-252-1047.

2 Replies to “Our 2014 Heroes Breakfast Honorees”