In celebration of Veterans Day on November 11, 2013, the American Red Cross Northern Minnesota Region would like to recognize its Service to the Armed Forces (SAF) volunteers and thank them for their service, both for the Armed Forces and the Red Cross. SAF volunteers provide vital information about Red Cross services to military members and their families prior to basic training and deployment. These services include emergency communications and financial assistance during active-duty and deployment.

In the Minneapolis-St. Paul metro area, the “SAF Five” include Jim Kinzie, Brent Jordahl, Bill Johnson, Jim McKinney, and Bill Kelvie. Each came to the Red Cross with different military service stories, but they had one thing in common: the desire to give back. 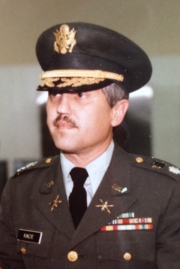 Jim Kinzie served in the Army for 29 years. “I enjoyed my service.” He joined the Army in 1966 on active duty, went through Basic Combat Training, Advanced Individual Training (AIT), and Officer Candidate School (OCS). Kinzie was commissioned in 1967 and served in the Air Defense Artillery at the Chicago-Milwaukee Defense Area until 1969. He then served the remaining 26 years in the Army Reserves at Fort Snelling. When asked about what brought him to volunteer for the Red Cross, Kinzie simply said, “Payback time.” and further explained that “The Red Cross was helpful in many situations that I was involved in with the military, so this is my opportunity to give back.” 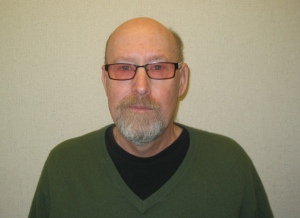 Bill Johnson served in the Army as a nurse for nearly 24 years – five and a half years on active duty and 18 years in the Army Reserves. Bill primarily worked at the Letterman Army Medical Center in San Francisco, CA, on the mental health unit. At this time, after the Vietnam War, there were a lot of service members admitted for “shell shock” or “battle fatigue,” and Bill spent a lot of his time exploring the diagnosis of PTSD. Bill reflected on this experience and said “it taught me to be patient.” After spending some time with the local Medical Reserve Corps, he was recommended to go to a Red Cross presentation where he saw the SAF team in action. Bill has now been an active member of SAF for two years and said, “My passion is now SAF, but I also work with Disaster Health Services and Disaster Mental Health.” 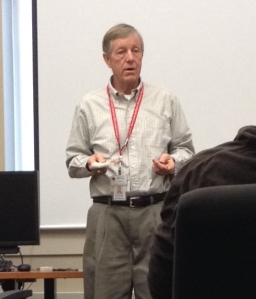 Brent Jordahl enlisted in the Minnesota Army National Guard Aviation during the Vietnam War era. He served for 6 years mostly as crew chief in helicopter maintenance, while stationed at Holman Field in St. Paul, MN. Thankfully the government did not activate the Guard during this time, so Brent was not deployed overseas to fight in the war. He started volunteering with the Red Cross in other areas long before his professional retirement, but afterwards he wanted to expand his volunteer service and was led to SAF.  Brent speaks highly of the Red Cross, saying that it’s “one of the most well respected and admirable organizations there are. There are so many different things the Red Cross does and I felt like I wanted to be a part of it.” 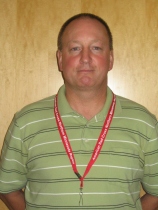 Bill Kelvie served in the Army for almost 22 years. He went to Military Police School and was active for his first 3 years, and then served his remaining 18-19 years in the Army Reserves. During this time, Kelvie was stationed in Germany and worked at an airport in U.S. Customs. His volunteer service with the Red Cross began shortly after he heard of Holiday Mail for Heroes. Kelvie’s main goal in working with SAF is “to give back to those that are serving our country.” He said he “sympathizes with them” and wants to do as much as he can to help out. 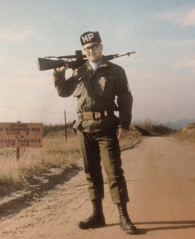 Jim McKinney enlisted in his senior year of college and served in the Army from 1968-1970. He was stationed at the on duty meeting zone in the Korean Demilitarized Zone at Panmunjom for the United Nations joint security. McKinney originally came to volunteer for the Red Cross after the 35W Bridge collapse, and was later recruited into the SAF program. He recalled one of many standout moments during his time so far with SAF when three mothers thanked him for their sons’ safe return home. McKinney says, “The system really works. It felt very rewarding.”

Please celebrate the on-going achievements of all SAF volunteers, including those across our region in Duluth, Bemidji, Alexandria, and St. Cloud. Last year, the region’s SAF volunteers provided nearly 2,400 emergency communication services between military members and their families; and they gave more than 3,500 pre-basic training and pre-deployment briefings for military members across our Red Cross region. 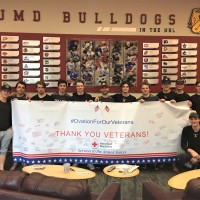 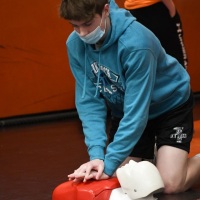 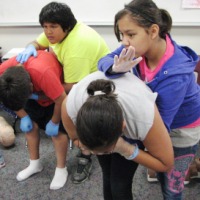 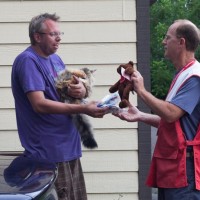