Disaster response training is serious business for a wide range of players. Government, military, hospitals, schools, and non-profit organizations, such as the American Red Cross, are among them. On August 24 and 25 in Duluth, Minnesota, the Red Cross and several partners got deep-in-the-weeds serious for Vigilant Guard 2015, a full-scale disaster response 4 years in the making.

According to the Minnesota National Guard, “Vigilant Guard is a United States Northern Command and National Guard Bureau sponsored exercise program. The program provides an opportunity for the State of Minnesota to improve emergency coordination, response and recovery management with federal, regional, local, civilian and military partners. The citizens of Minnesota depend on state and federal agencies to work together to prevent, protect, respond and recover from disasters. Together, we provide the capabilities to save lives, protect property and the environment, and meet basic human needs after an incident has occurred. Vigilant Guard is a rare training opportunity that greatly supports everyone–both participants and the citizens we serve.”

The mock disasters for Vigilant Guard were straight line winds causing severe damage to Hermantown, Proctor and the Duluth Hillside; a railway chemical spill; and a ship destroying the Blatnik Bridge spanning the bay between Duluth and Superior. The Red Cross role in the exercise was to establish a shelter at the Duluth Entertainment and Convention Center (DECC), which is a designated Red Cross shelter location for a real, large-scale disaster response.

On Monday at the Red Cross chapter office in Duluth, 35 public health nurses from 7 Counties, one Native American tribe, the Medical Reserve Corps and the Minnesota Department of Health took training on how to provide nursing services in a disaster shelter. At the same time, more than 35 Red Cross volunteers and others from partner organizations conducted a training on how to stand-up a disaster shelter. The training ranged from setting up cots and doing registration to ensuring client safety and securing shelter resources. Red Cross volunteers from across Minnesota were represented.

That evening, Red Cross volunteers had the mock shelter up and running. Their effort added to individual expertise as well as response capacity state-wide. At the end of the day, more than 25 participants stayed at the shelter as if they were people displaced by disaster. They needed their sleep, as the next day they would operate the shelter for community members who were invited to come to the shelter as evacuees and register as if they would be staying there, which was an important part of the exercise. One FOX21 story put it this way:

It will offer an opportunity for Red Cross volunteers, new and old, to test their skills when disaster strikes. “Tomorrow is the day to make mistakes. I always tell people the key word is disaster…We take care of people in the time of disaster small or big,” said Red Cross Disaster Program Manager Tony Guerra.

On Tuesday, day two, starting at 7:00 a.m., the Salvation Army began serving breakfast, just as they might during a disaster response in the area. Then, at 8:30 a.m., community members began arriving to register for staying at the shelter. More than 130 community members gave their time to test the newly trained shelter staff! Some went through the registration line multiple times to simulate an even larger group of evacuees. As an important part of the training, community members with functional needs were invited to participate and we were grateful for their participation. People with hearing and sight impairment, as well as those with service animals, put the participants in a great position to use their training. A Duluth News Tribune story put it this way:

Other volunteers provided different training opportunities. Jack Bender, who is hearing impaired and communicated through an interpreter, said his participation in the event allowed workers to learn how to help deaf people. “I have to say that they did a really good job handling our communication needs,” Bender said. “There were a few Red Cross workers that knew some basic sign language and finger-spelling, and they were able to help start triaging … until the interpreter arrived.”

We’re also grateful for three new University of Wisconsin-Superior international students who came to the shelter as well and gave the volunteers a chance to use language translation materials the Red Cross uses in shelters.

As a part of the military component of Vigilant Guard 2015, a group of distinguished visitors toured Camp Ripley in Little Falls and the convention center in Duluth where full-scale exercise was taking place. As part of that visit, Phil Hansen, CEO of the American Red Cross Minnesota Region, as well as Regional Board Chair Lori McDougal and Vice Chair Joan Thompson, were able to visit the mock shelter exercise in Duluth. They met many of the volunteers who set up the shelter and several of the Red Cross nurses who trained during the exercise.  Phil, Lori and Joan were impressed with the commitment of the volunteers as well as the close working relationship between the Red Cross and our military partners.

For all of the hard work, the Minnesota National Guard surprised the Red Cross volunteers and staff with a special public service award. Phil Hansen accepted the award on behalf of the Red Cross relief workers participating in the exercise. About the two-day exercise Phil said, “Vigilant Guard was a terrific opportunity to work as a team with our volunteers and key partners to test our readiness before a disaster strikes. Many thanks to all who organized this exceptional exercise.” 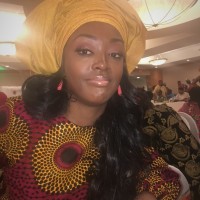 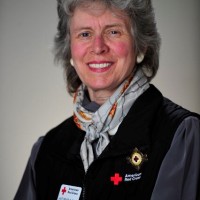 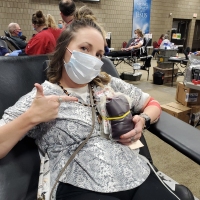 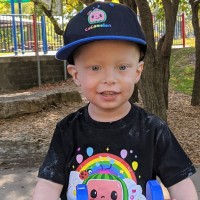